It is finished but not over yet. 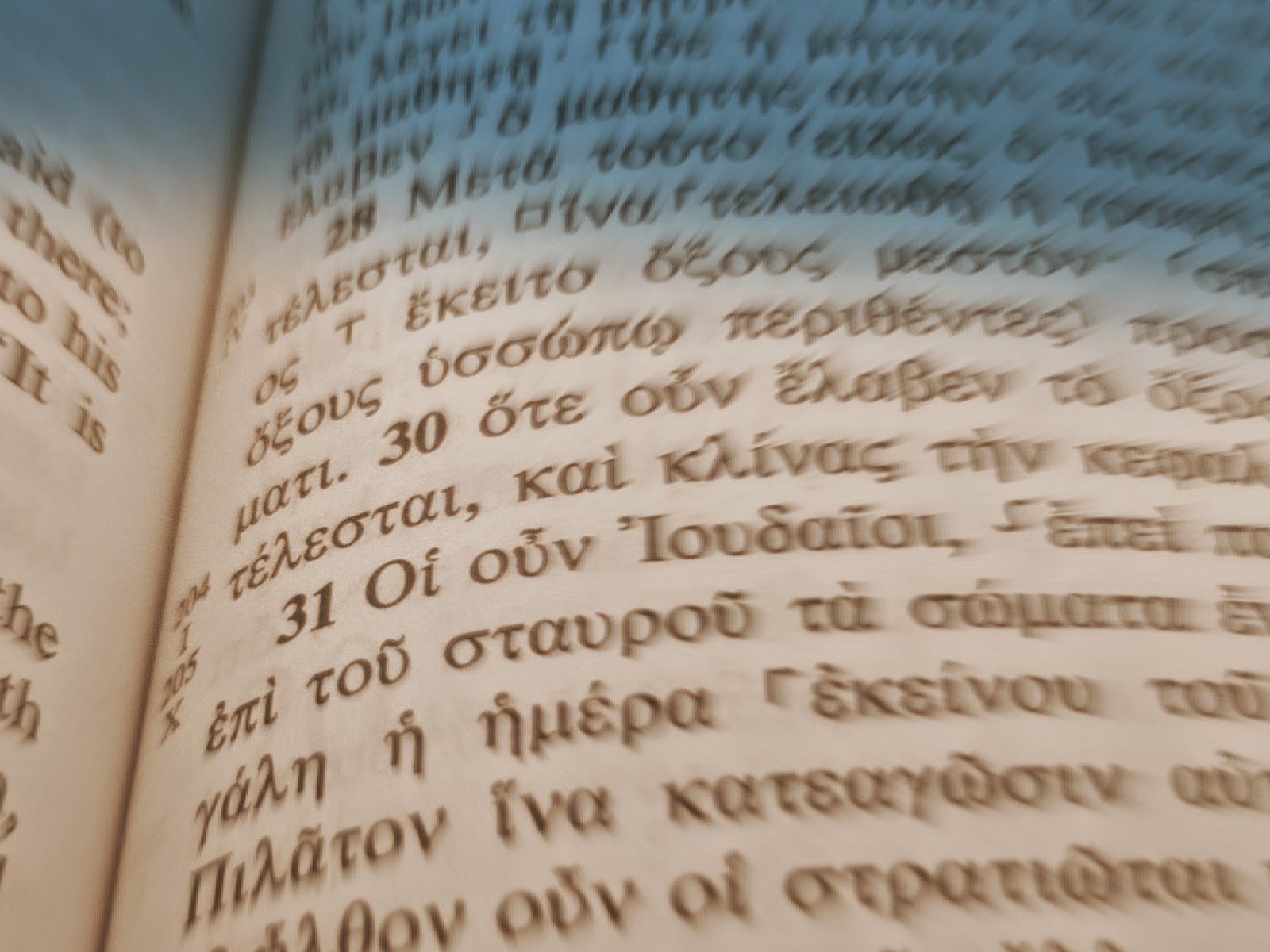 Yesterday I wrote my final Greek exam for the year. I think it went relatively well. Outside the examination room afterwards, there were the many "What did you get for that one?" type questions among students as each of us wanted to compare our own (often rather creative!) version of the sentences we were asked to translate.

Dissection of a Greek exam paper inevitably catapults me into various combinations of the following pendulum-swing reactions which tend to alternate in rapid succession:


Ah well, it's finished. And after two semesters of learning Koine Greek, yes, I do feel a certain sense of accomplishment! And yes, I do want to share it with everyone in my world... or least with my social media networking world! But, what should I share? Of course, something intelligent, wise, articulate... perhaps even somewhat profound and inspirational...

Immediately veni vidi vici sprang to mind - a short, pithy statement in an ancient tongue that encapsulated the victory of my moment! But no. As much as I love Latin, it will not do the job of Greek, and in any case I am not fully convinced that I did in fact conquer.

Maybe some words from the New Testament itself then? How obvious! My Greek language studies were now finished. I wanted to declare exactly that, "It is finished!" and of course those same words are to be found in John 19:30 on the lips of Jesus himself:

“Then when he received the sour wine Jesus said, ‘It is finished,’ and he bowed his head and gave up his spirit.”

What could be more appropriate? And so, having been warned by the lecturer that our level of Greek is now somewhat dangerous (mainly because after one year we know some Greek - enough to be able to read a fair chunk of the New Testament and therefore become tempted to think we are experts and not merely beginners - thanks Alan!) I armed myself with my Greek-English NT and looked up John 19:30 in the original language. After all, what good is it if I don't (carefully) apply what I have learned? And this is what I discovered...

It is finished is only one word in Greek: τετελεσται. Yet it is a HUGE word, not so much in size, but in its significance, some of which is lost in translation.

τετελεσται [tetelestai] comes from the verb τελεω which means: I end, finish, accomplish, pay. So Jesus is saying right before he dies (it almost seems with his last breath) - after he has done everything... including coming into the world, living among us as a servant, proclaiming good news, and suffering a criminal's punishment despite being innocent - that something has at that point been accomplished, completed, finished, paid.

It had not all been for nothing (although it initially seemed that way to his followers).

Something really, really important had been done. It had actually been achieved.

The mission had been completed. And it proves to be of universal significance.

It was not Jesus saying, "I am finished." He says "It is finished." And the implication seems to be that "it" has been completed by him.

So I began rethinking my decision to use τετελεσται in declaring that I had finished my Greek exam. My self-described accomplishment can hardly be compared with Jesus' suffering and finished work on the cross. It seems to me that it is really only Jesus who can perfectly claim to have perfectly completed the work he was sent to do.

The Greek brings the significance of τετελεσται out more fully than the English since it is in what is called the perfect tense - Jesus' declaration is perfect! This is hugely significant for you and me, because the Greek perfect tense doesn't just tell us that an action occurred in the past and is over and done with, like my exam for instance. The perfect tense describes a completed action that has happened (in the past) and which continues to have implications for the present.

Jesus finished what he started out to do. And in finishing, it changed everything. For every human being. His life, death and resurrection has ongoing effects for our lives in present time. His "It is finished" was not an end at all, but a new beginning... it wasn't over yet!

τετελεσται is the perfect Greek word to declare completion (consummation), i.e. that the necessary process is finished  – with the results "rolling-over" to the next level (phase) of consummation.

He finished it. He said he finished it. It would be pretty useless if it wasn't perfect, if it didn't have ongoing effects for you and I. The power comes in the application of what has been finished. And for the one who believes on His name it will NEVER BE OVER.

So what shall I say then, I mean about my Greek exam being finished? I suppose there is a level on which I could still acceptably cry τετελεσται although it would never have an iota of the significance and universal effects of Jesus' words... it will all depend on whether or not I continue to apply what I have learned in one year of Greek during the months ahead, so that Greek might never be over for me, but might always be "finished" in the perfect sense!